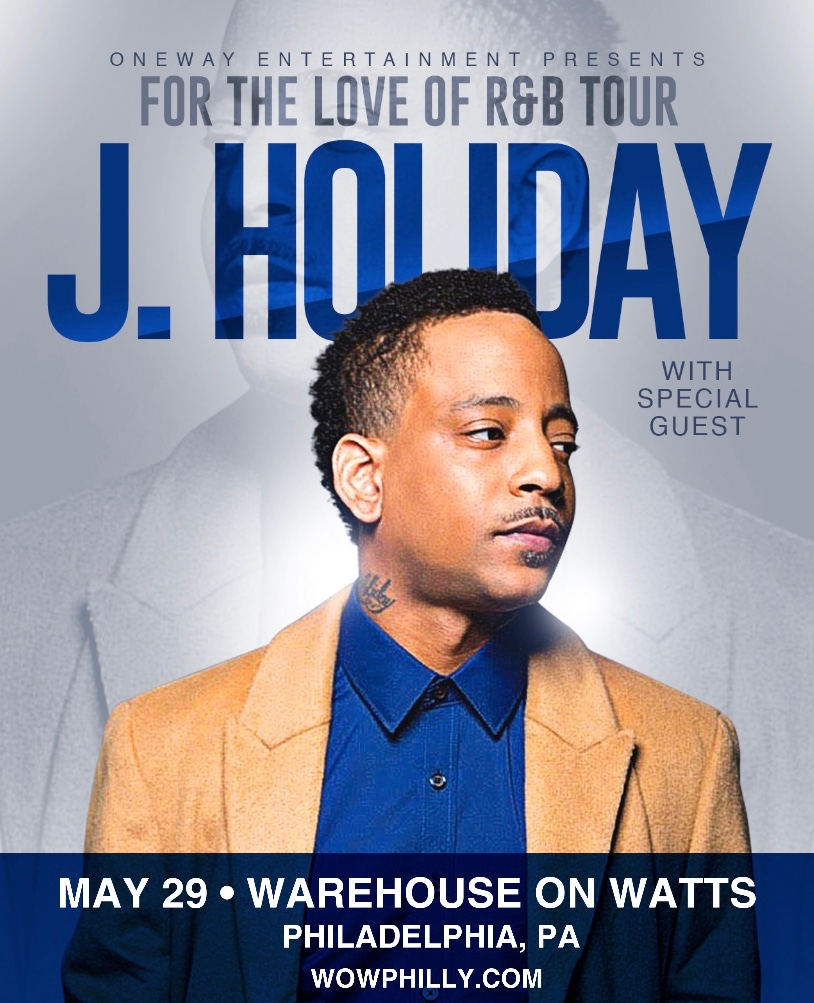 J. Holiday is best known for his signature sound, mixing R&B with hip hop, and for his hits “Bed”, “Suffocate”, “It’s Yours” and he’s headed out on his For The Love Of R&B Tour This Spring!

Get ready for a night of Love and R&B

You don’t want to miss! 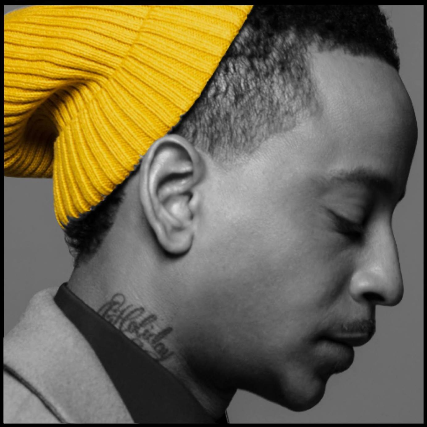 There are no mirrors or tricks here, no sleight of hand. When J. Holiday talks earnestly of “following my dreams” and “being in love with music,” it’s not a deliberately sympathetic portrayal by a partial writer. In fact, J.’s talent is matched -in rarity and intensity—only by his enthusiasm. His candor and vulnerability are refreshing, given the static, formulaic state of R&B. The question most are asking, though, is where did J. Holiday come from?

The answer is short, but runs deep: D.C. And while D.C.’s trademark sounds breed musicianship- “so many talented cats playing go-go or in church”—the city remains untapped. But it’s home, and home, for J. Holiday, is where the art is. He was born into a musical family; mother Frances, one of 11 siblings, sang gospel with her 5 sisters, while his older sister supplied backing vocals for Crystal Waters. “Music was always around me and I just wanted to do it,” he recalls. But his first performances were as much coercion as inspiration: “When I was nine, ten years old, my older male cousins would always tell me to sing to girls passing by on the street. It was later that I realized they were exploiting me.” So by age ten, J. Holiday was finding his voice. Within a year, however, he was struggling to find his way. “My Pops died when I was eleven,” he states flatly. “He was sick and didn’t tell anybody. Not even my Mom. She never knew what was going on until he died.”
“A lot of people think he’s still alive because of the way I talk about him,” Holiday segues. “A lot of the struggling that I’ve been through was because of that situation. Nobody was prepared for it. My mom, that’s my best friend. But looking back, everything happens for a reason. That’s what got me here.”

Picking up the pieces, the remaining family bounced around the D.C. area; J. attended three different high schools in four years. “On top of not having my father, it was harder for me because my mom was a preacher,” J. admits. “So I knew I couldn’t go to her about certain things. It was like trial and error; I had to learn a lot on my own, and that’s how I ended up messing with the streets. And the streets actually kept me from going down the wrong path. People always assume that the hood is going to steer you wrong. I always had people in the hood, to this day, who wanted to keep me out of trouble. They couldn’t be my dad, but they told me what it was: advising me to think, to be smart.”

J. identifies two catharses along his creative odyssey: a 9th grade talent show, wherein he flexed his wares, and his discovery of Marvin Gaye: “I was just listening to songs that I loved. Then I found out that all the songs were by the same guy. That was a main trigger for me, getting hip to Marvin. He led me to Donny Hathaway and Al Green.” Channeling these staples with newer ensembles -Jodeci, Boyz II Men, even OutKast— J. eventually formed a trio called 295, named for the famed thoroughfare between Washington, D.C. and Baltimore, Maryland.

To highlight J.’s talents, the groups former manager Corey Green sent a demo to Anthony “T.A.” Tate, respected A&R and president of the Music Line production team (Ciara, Teairra Mari). Upon hearing the demo, Tate flew to D.C., signed the group on the spot, and moved them to Atlanta following J.’s high school graduation. The group hoped to find traction in the burgeoning musical city. “We sat in front of many execs, names you’d recognize,” he recounts. “And it just didn’t happen. I think being a solo artist fits me better because I hate depending on other people. At the same time, I’ve never liked to point the finger. If we fail, we all fail together. But as the lead singer, I was doing 75, 80 percent of the work. That gets old. On top of that, our songs had circulated so much in the industry that we needed a new demo. And I was like, ‘If I’m going to record all new songs, I might as well do them myself.’”

Reveling in his freedom, J. Holiday set about forging his own identity. “T.A.” arranged for a performance in front of Capitol Records music executives, which landed him on the fittingly named label. That passion begat his full-grown debut, Back of My ‘Lac. Though the record sports the requisite club-pleasers and woman-teasers -“I get that soft side from my mother”-- Holiday has brought an unexpected edge to R&B music. He bears, proudly and boldly, a street sensibility and bravado normally reserved for hip-hop. That versatility, genuine and uncontrived, encapsulates J. Holiday. “It wasn’t done purposely. I just speak from what I’ve been through, or what my homies been through. I just try to keep it real. I let a track talk to me. If a track feels like a love song, I write a love song. But, you have to make that song mean something. If it’s not heartfelt for me, it’s not going to be heartfelt for anybody. I think people are too concerned with having one hit song, and the artistry that goes into an entire album is getting lost.”

Indeed, J. doesn’t have one hit song on the album; he has several. His satiny croon creases the sheets on the celestial “BED,” penned by The Dream and produced by Carlos “L.O.S” McKinney. Meanwhile, super producer Rodney “Darkchild” Jerkins—think Michael Jackson, Mary J. Blige, Beyoncé—lays the liquid, libidinous baseline underneath J.’s smoky, soulful vocals on “Be With Me.” Outside of the booth, J.’s moves are steered by longtime manager Corey Green. Campaigning on an irresistible inaugural album, D.C.’s prized son is set to unseat R&B’s incumbents.

J. Holiday is an intriguingly paradoxical figure, equal parts soldier, student, scion, and sage. Fortunately for listeners, the preacher’s son has chosen R&B as his preferred pulpit and the airwaves as his congregation. “I’m very conscious and music is the number-one source of expression and emotion,” he explains. “You don’t have to listen to me, but I’m just trying to let you know of another perspective.” That perspective, arriving with the fury of a burning bush, is sure to inspire converts. Rejoice in the Holiday season.
you may also like 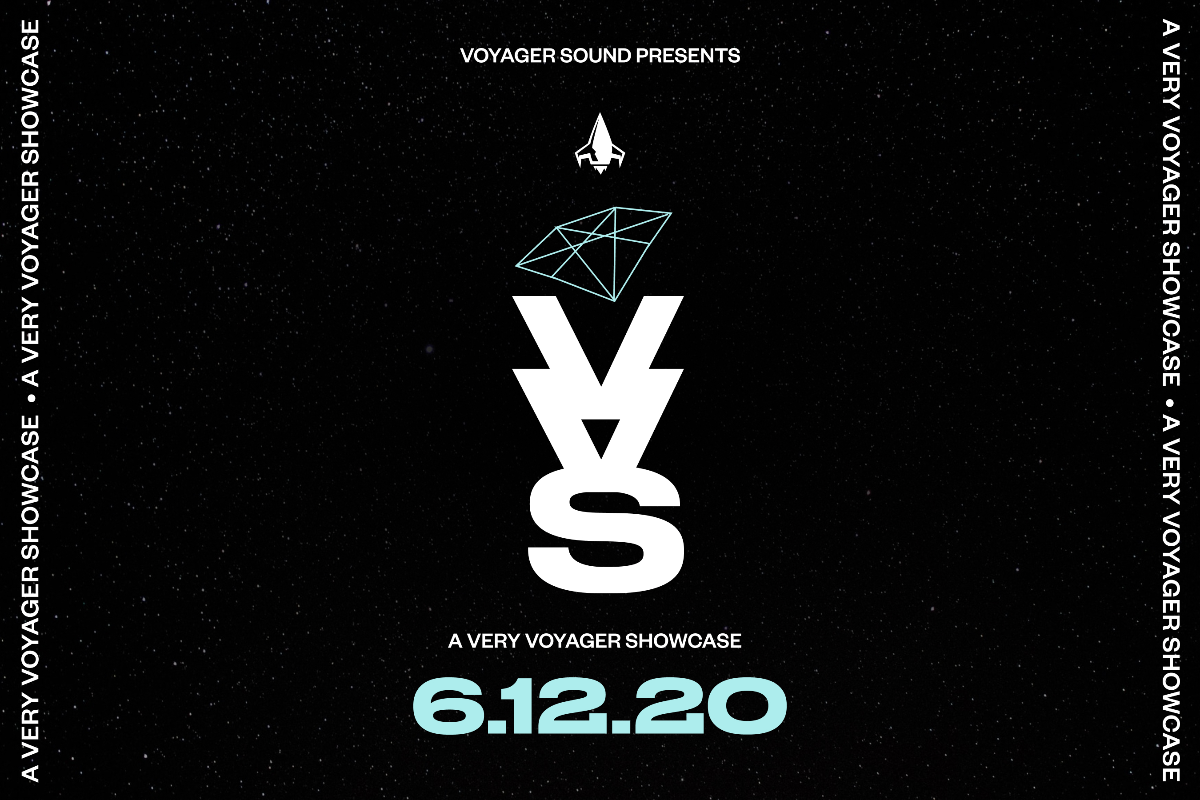